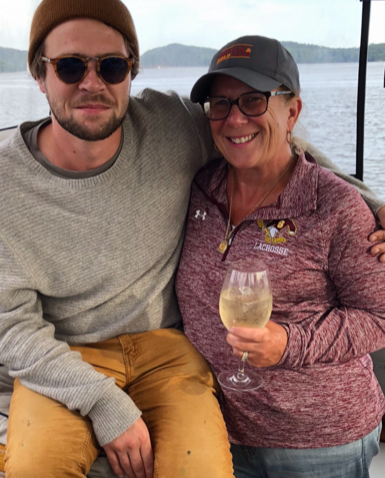 My name is Mitzi Wall and my son Jonathan is currently awaiting trial for conspiracy to distribute marijuana and is facing a minimum of ten years in federal prison.  I needed to become educated on what he was facing and what I found horrified me.  Researching The “War on Drugs” and The “History of Prohibition” in reference to marijuana led me down a rabbit hole and what I have learned has been nothing short of astounding, and not in a positive way.   During my quest for information, I tried to become a bit of a “de facto” assistant to my son’s attorney because I had to be involved.  I researched all of the current legislation regarding reform and wrote to every single person in Congress.  I wrote to over 1500 reporters telling my son’s story and how he could not possibly be sent to prison for a nonviolent marijuana charge for that duration.  But then I learned about the Pharmaceutical Companies and their relationships with Politicians and the Prison Industrial Complex, not to mention the War on Communities of Color.I found there were organizations and communities making significant changes in both the lives of marijuana prisoners participating in marijuana reform. That is when I found Freedom Grow.  They wanted to know Jonathan’s story and welcomed me and encouraged me to be a part of the cause and fight for change.

My first job as a volunteer for Freedom Grow is soliciting funds for the 2021 Christmas Drive which brings help to those families whose loved ones are in prison.  This led into another effort of writing Biographies of Plant Prisoners to put on their website and posters to be taken to their cannabis outreach events. Hearing the stories about their lives in prison and separation from their families has ignited a passion in me for activism.  I am grateful to Freedom Grow for allowing me to be a part of their community.