The Cannabus has been instrumental in Educational and Prison Outreach efforts since 2012! A 1988 GMC Thomas Built School bus, converted and hand painted by talented artists, Linzy McGantz and Brandon Reidiger. Since 2012 the Cannabus has travelled all across the country educating on the benefits and truths about cannabis , the truths about the Drug War , and the need to end cannabis prohibition and set all our people FREE!! The Cannabus is an eye catcher and a powerful advocacy tool , loaded with educational materials , pictures and stories of our plant prisoners and casualties, she’s able to attract crowds and educate the masses!! Including police officers all across the map!! 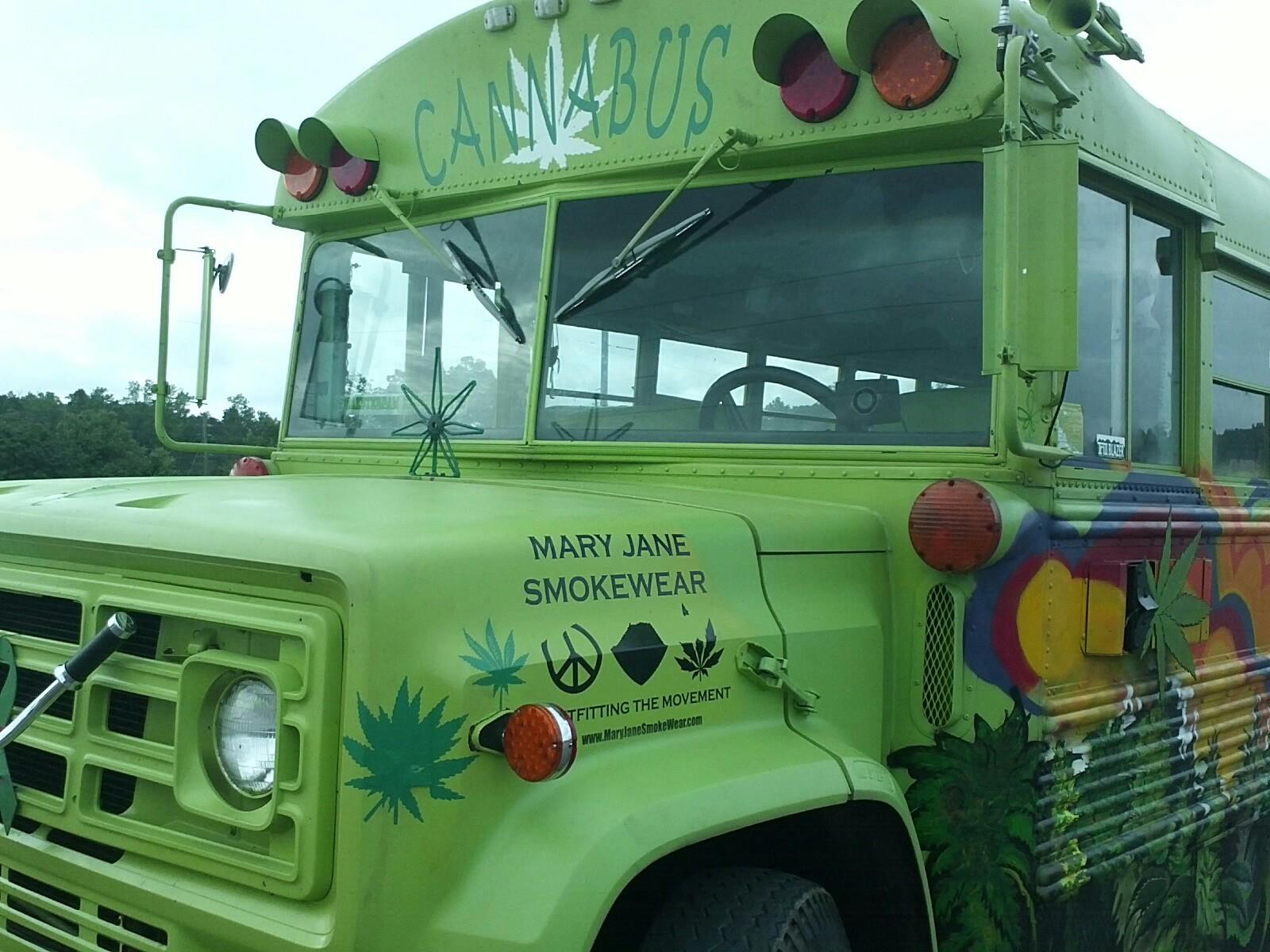 In 2013 the Cannabus teamed up with activists across the map for a Journey for Justice to Chris Williams sentencing hearing! A man being separated from his son and given a mandatory federal sentence for operating a legal state medical operation in Montanna ! We travelled from Southern California to Missoula Montanna to show up in support and were able to bring much attention to the pains of prohibition and what was currently happening to many even in “Legal States” along the way there and back! 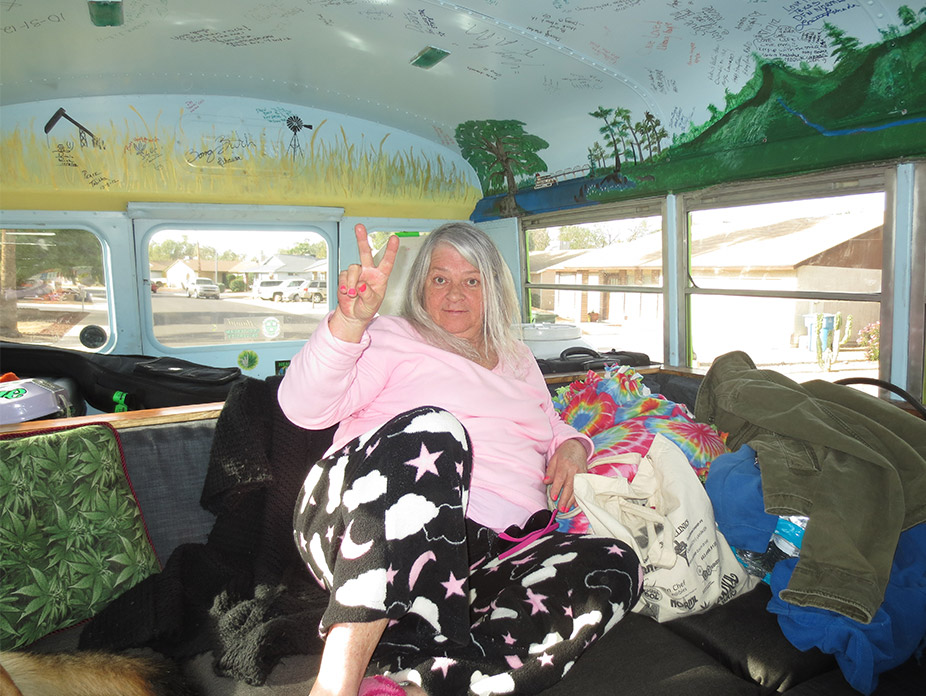 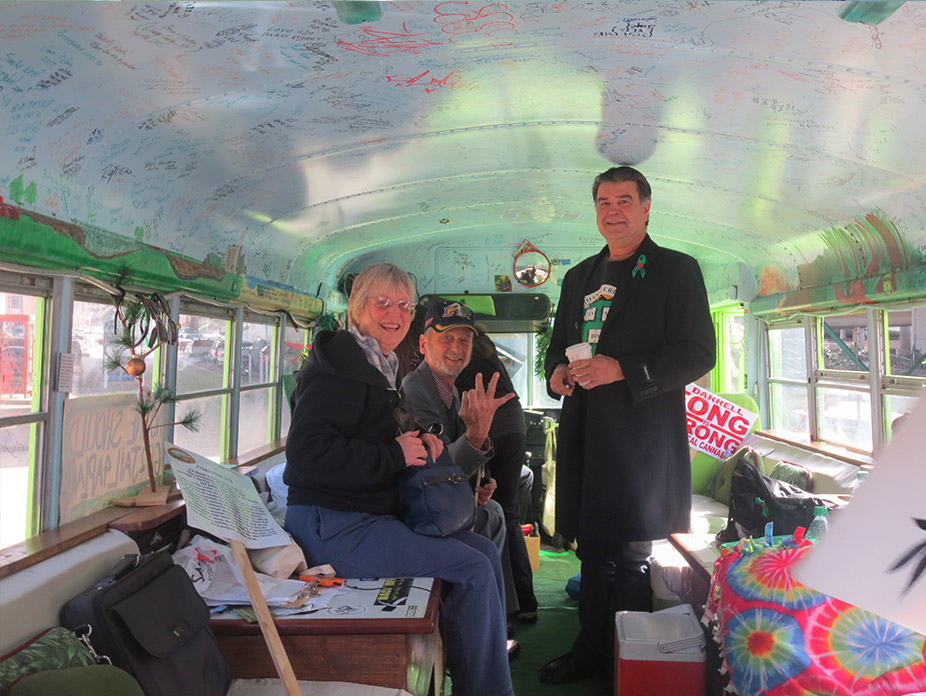 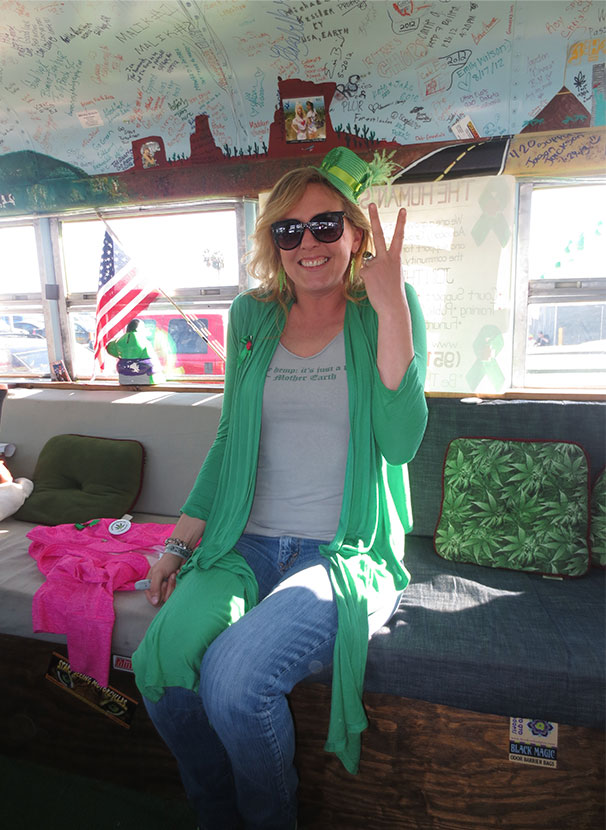 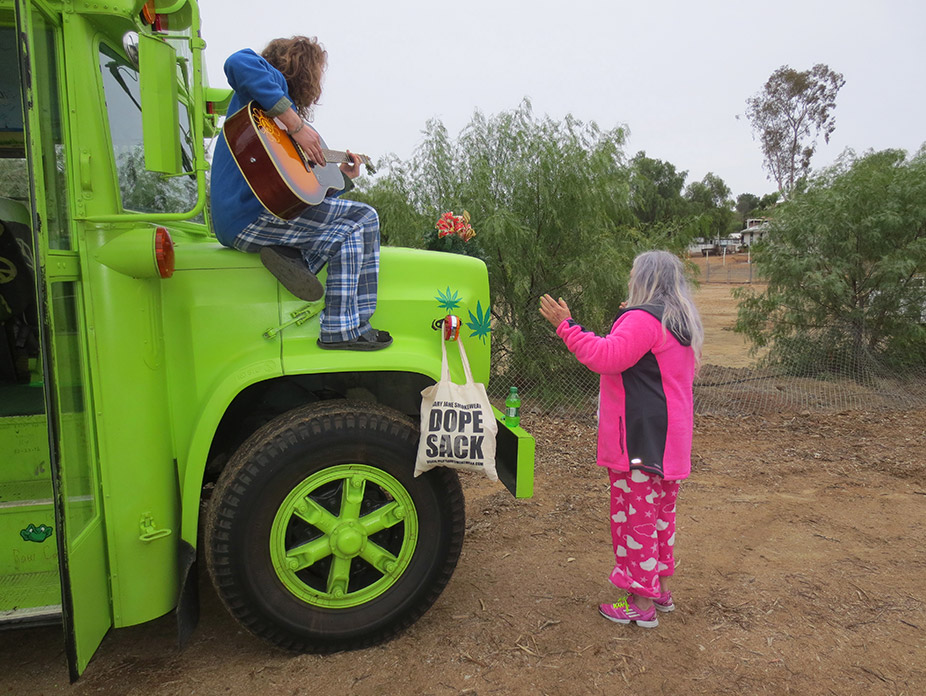 In 2014 the Cannabus organized another Journey for Justice from Michigan to Florida for a resentencing hearing for Richard Delisi who is still serving a 99 year sentence for cannabis charges! The judge did not think one life sentence was enough time served and we are still working to help FREE Richard Delisi and reunite him with his daughter and family after 30+ years in prison already!

Our Cannabus is bold, loud, and also old!

She has had several breakdowns, sabotage, and set backs a long the way but she continues to roll on and show up as much as possible !! We can never give up or surrender until our plant and ALL of our Plant Prisoners are set FREE!!!